Laurence M. Porter is Professor in the Department of French, Classics, and Italian at Michigan State University. He received the Distinguished Faculty Award in 1995, and an NEH Senior Research Fellowship in 1998. He currently serves on the editorial or advisory boards of Nineteenth-Century French Studies, Studies in Twentieth-Century Literature, and Women in French Studies. He has published a dozen books and more than a hundred chapters and articles. 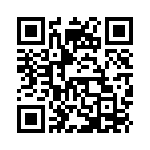