Page 73
Hayat ( in press , 1970 ) reported beryl , silica sand , etc . from Mohamnd Agency
, and Jan ( in press , 1970 ) described emerald , Cr - tourmaline , Cr - spinel ,
litharge , scapolite and other interesting minerals recently reported from
Peshawar ...
Page 104
have reported abundant hypersthene gabbros ( norites ) from Kohistan area but
the writers did not find any norite in their area . However , at least one rock is
gabbroic in composition . The sample is from a small intrusive body , associated
with ...
Page 131
131 - 134 - THE CHROMIUM - BEARING MINERALS OÉ THE NORTH WEST
FRONTIER PROVINCE INTRODUCTION During the past few years , many
interesting minerals have been reported from the N . W . F . P . Of these , the
chromium ... 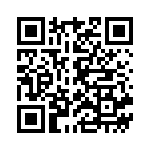