Luigi Ballerini is an Italian poet and Professor Emeritus at the University of California Los Angeles.

Murtha Baca’s translations include several manuscripts of Leonardo da Vinci, An Italian Renaissance Sextet: Six Tales in Historical Context (edited by Lauro Martines) and Pellegrino Artusi’s Science in the Kitchen and the Art of Eating Well. 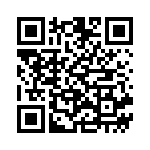