Quentin Bell, the younger son of Vanessa and Clive Bell, was born in 1910. He was a painter, sculptor, potter, author and art critic, and was Professor of Fine Art at the University of Leeds; Slade Professor of Fine Art at Oxford; and Professor of the History of Theory of Art at Sussex. His books include On Human Finery, Ruskin, Bloomsbury and the highly praised two-voulme Virginia Woolf: A Biography which won the Duff Cooper Memorial Prize, the James Tait Black Memorial Book Prize and the Yorkshire Post Book of the Year. He lived most of his later life in Sussex, where he died in December 1996, age 86. 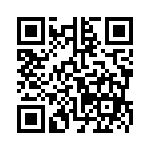