Page vii
THE SECURYTY PROBLEM Pan American flight 103 crashed in Scotland on
December 21, 1988 after being blown apart by a powerful bomb. 270 people
were killed, including eleven on the ground. The Federal Bureau of Investigation
and ...
Page ix
Since the summer of 1985, when a TWA flight in the Middle East was hijacked
and the Air India bombing and other security problems occurred, the FAA has
taken five major aviation regulatory initiatives with respect to security as well as ...
Page x
... to institute systems for matching passengers to baggage on certain
international flights. After the Korean Air Lines bombing in 1987, the FAA
required amendments to airline security programs aimed at addressing the
problem of a passenger ...
Page xii
If FAA finds deficiencies in security the foreign country is notified of the
deficiencies along with recommendations to correct the problems. If the foreign
airport does not correct the security problems within 90 days, the traveling public
is provided ...
Page 3
... action to tighten security in the aftermath of Pan Am 103. I'm sure that our
witnesses will have other measures to suggest today to further improve the
system. I might add a personal observation. With deregulation and the problems
that some ...
Next » 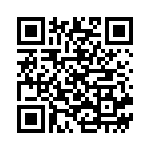