Helen Walasek was an Associate of the Bosnian Institute, London, and was Deputy Director of Bosnia-Herzegovina Heritage Rescue (BHHR) for which she worked 1994-1998. She has a Diploma in Museum Studies from University of Leicester. She made many working visits to Bosnia during and after the 1992-1995 war, including as an Expert Consultant for the Council of Europe reporting on museums in Bosnia-Herzegovina in 1995 and 1996. In 2000 and 2001 she carried out two field trips (with Richard Carlton) making the first post-war assessment of destroyed historic monuments across Bosnia-Herzegovina for which there was little accurate information at the time. 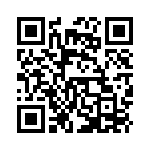