Laurie Lewis is a Fellow of the Graphic Designers of Canada and is Editor Emeritus of Vista, the publication of the Seniors Association in Kingston, Ontario, and director of Artful Codger Press.

Laurie began her career in publishing with Doubleday in New York in 1961. She returned to Canada in 1963 to join University of Toronto Press, where she worked in production and design of UTP publications, becoming Head of Design at U of T Press. During her thirty years in publishing, she also taught book design in Guyana, the Philippines and at Ryerson University in Toronto. She moved to Kingston, Ontario in 1991, where she founded Artful Codger Press.

Her written work has been featured on CBC and has been published around and about, including Contemporary Verse 2, Queen’s Feminist Review and Kingston Poets’ Gallery.

A chapter from an early draft of her first book Little Comrades was shortlisted for the 2007 CBC Literary Awards in Creative Non-Fiction. 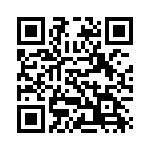