Page 4
We talked of publick speaking . - JOHNSON . “ We must not estimate a man's
powers by his being able or not able to deliver his sentiments in publick . Isaac
Hawkins Browne , one of the first wits of this country , got into parliament , and
never ...
Page 51
When Sir Joshua Reynolds , at one of the dinners of the Royal Academy ,
presented him to a Frenchman of great distinction , he would not deign to speak
French , but talked Latin , though his Excellency did not understand it , owing ,
perhaps ...
Page 379
... why not allow of the power to incapacitate for that parliament , rather than have
a perpetual contest kept up between parliament and the people . " Lord
Newhaven took the opposite side , but respectfully said , “ I speak with great
deference to ... 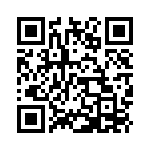