Addison, son of the Dean of Litchfield, took high honors at Oxford University and then joined the British army. He first came to literary fame by writing a poem, "The Campaign" (1704), to celebrate the Battle of Blenheim. When Richard Steele, whom he had known in his public school Charterhouse, started The Tatler in 1709, Addison became a regular contributor. But his contributions to a later venture The Spectator (generally considered the zenith of the periodical essay), were fundamental. While Steele can be credited with the editorial direction of the journal, Addison's essays, ranging from gently satiric to genuinely funny, secured the journal's success. In The Spectator, No. 10, Addison declared that the journal aimed "to enliven morality with wit, and to temper wit with morality." His brilliant character of Sir Roger de Coverley (followed from rake to reformation) distinguishes the most popular essays. Addison died in 1719. He is buried in Westminster Abbey. 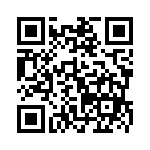