The third book for our Less Stupid Civil War Reading Group, and the one I looked forward to with the least pleasure -- though a fair amount of curiosity. What I knew about Lee before reading this book ... Read full review

By the end of the Civil War, Robert E. Lee had become an iconic American figure, as much myth as mortal even before his death in 1870. Since then, few historians have attempted to dig very deeply into ... Read full review

Elizabeth Brown Pryorhas combined careers as an award-winning historian and senior diplomat in the American Foreign Service, most recently as a senior adviser to the Commission on Security and Cooperation in Europe of the U.S. Congress. Her 1987 biography of Clara Barton is considered the authoritative work on the subject. 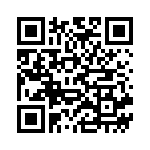