Page 277
Another sign of the coming revolution was that weakening discipline was
undermining the Royal Army's ability to protect ... The Iranian Revolution In
September 1977, only sixteen months before the collapse of the Iranian
monarchy, the CIA ...
Page 286
Insofar as they are successful, the effect is a fall in revolutionary thresholds.
Khomeini did a brilliant job of convincing a wide spectrum of Iranians that they
would do better under Islamic rule. He managed to be all things to all people: to
the ...
Page 420
Representativeness heuristic (continued) 74; and small events, 74; and social
pressures, 180; and revolutions, 258-260; and ... See also East European
Revolution (1989); French Revolution; Iranian Revolution (1978-79); Russian
Revolution ...

Timur Kuran is professor of economics and political science and the Gorter Family Professor of Islamic Studies at Duke University. He is the author of "Islam and Mammon: The Economic Predicaments of Islamism" (Princeton). 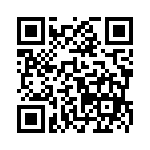