Joseph Alter teaches anthropology at the University of Pittsburgh. He is the author of The Wrestler's Body: Identity and Ideology in North India. 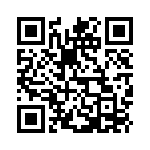