This is an excellent overview of the debates about Aboriginal education. There are many books on Aboriginal education, but none that have opposing perspectives. Those articulating the parallelist side rarely engage in dialogue with their opponents. They just call them colonialists. It is refreshing to see the parallelist and integrationist positions side by side. Perhaps this will lead to more dialogue. The parallelist articles were somewhat repetitive. Could not a little more variety have been displayed, or is this the state of the literature? It also is disturbing that some authors had their articles removed from the volume. This reflects the "political correctness" of this policy field.

"As I said, I have not read Dr. Widdowson’s book and know little of her work. But it does not give me confidence that she is apparently willing to publish assertions that a simple Google search would have disproven."
http://www.mediaindigena.com/guest/issues-and-politics/rebutting-the-rebuttal-disrobing-the-aboriginal-industry-digs-up-debate
Charles C Mann, author of 1491: New revelations of the Americas before Columbus

Frances Widdowson, PhD, is an associate professor in the Department of Policy Studies at Mount Royal University. She received a PhD in political science from York University and has taught at a number of universities in Ontario and the Atlantic provinces. She and Albert Howard were shortlisted for the 2008 Donner Prize for excellence in Canadian public policy writing.

Albert Howard is an independent researcher and writer who has worked as a consultant for government and Aboriginal groups. 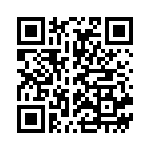