An intricate and complex journey into the mind of famed sci-fi writer Philip K. Dick. Although the logic in this is disturbed, there is still much to be gleamed in examining Dick's innermost thoughts ... Read full review

Philip K Dic ۪s search for the fundamental truth behind a life-changing spiritual event that occurred in his life in February 1974. He explores, or exegetes, this event through the lenses of ... Read full review

Over a writing career that spanned three decades, PHILIP K. DICK (1928-1982) published 36 science fiction novels and 121 short stories in which he explored the essence of what makes man human and the dangers of centralized power. Toward the end of his life, his work turned to deeply personal, metaphysical questions concerning the nature of God.

Eleven novels and short stories have been adapted to film, notably,Blade Runner (based onDo Androids Dream of Electric Sheep?),Total Recall, Minority Report, andA Scanner Darkly. The recipient of critical acclaim and numerous awards throughout his career, Dick was inducted into the Science Fiction Hall of Fame in 2005, and in 2007 the Library of America published a selection of his novels in three volumes. His work has been translated into twenty-five languages.

PAMELA JACKSON is the author of a doctoral dissertation examining Dick's "2-3-74" and theExegesis in the context of his life and fiction (The World Philip K. Dick Made). She has been working with the Philip K. Dick Estate since 2008 to develop a publishing and preservation plan for theExegesis. An independent scholar and librarian, Jackson lives in Berkeley, California.

JONATHAN LETHEM is the critically acclaimed author of eight novels, includingMotherless Brooklyn and his latest,Chronic City. He has published and spoken widely on Dick and is the editor of the Library of America editions of Dick's novels. 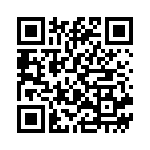