Page 135
CHAPTER XXII . , If it were now to die , ' Twere now to be most happy ; for I fear , My soul hath her content so absolute , That not another comfort like to this Succeeds in unknown fate . - Othello . It was a day of cloudless sunshine ...

Page 135 - Twere now to be most happy, for I fear My soul hath her content so absolute That not another comfort like to this Succeeds in unknown fate.
Appears in 973 books from 1788-2008
Page 349 - I hold the world but as the world, Gratiano ; A stage, where every man must play a part, And mine a sad one.
Appears in 687 books from 1785-2008
More
Page 317 - We twain have met like ships upon the sea, Who hold an hour's converse, so short, so sweet ; • One little hour ! and then, away they speed On lonely paths, through mist, and cloud, and foam, To meet no more.
Appears in 44 books from 1849-1990
Page 367 - Nought's had, all's spent, Where our desire is got without content : 'Tis safer to be that which we destroy Than by destruction dwell in doubtful joy.
Appears in 537 books from 1784-2008
Page 62 - But when he came, though pale and wan, He looked so great and high, So noble was his manly front, So calm his steadfast eye ; — The rabble rout forbore to shout, And each man held his breath, For well they knew the hero's soul Was face to face with death.
Appears in 91 books from 1817-2008
Page 22 - Fair laughs the morn, and soft the zephyr blows, While proudly riding o'er the azure realm In gallant trim the gilded vessel goes; Youth on the prow, and Pleasure at the helm; Regardless of the sweeping whirlwind's sway, That, hush'd in grim repose, expects his evening prey.
Appears in 502 books from 1770-2007
Page 60 - I'll never love thee more. Like Alexander I will reign, And I will reign alone, My thoughts shall evermore disdain A rival on my throne. He either fears his fate too much, Or his deserts are small, That puts it not unto the touch, To win or lose it all.
Appears in 134 books from 1714-2008
Page 393 - Let the great gods, That keep this dreadful pother o'er our heads, Find out their enemies now.
Appears in 272 books from 1710-2008
Page 62 - God ! that ghastly gibbet ! how dismal 'tis to see The great, tall, spectral skeleton, the ladder and the tree ! Hark ! hark ! it is the clash of arms, the bells begin to toll — He is coming ! he is coming ! God's mercy on his soul...
Appears in 94 books from 1817-2008
Page 61 - I'll serve thee in such noble ways Was never heard before ; I'll crown and deck thee all with bays, And love thee evermore.
Appears in 103 books from 1714-2007
Less

Early in his youth, this Boston-born historian was infected with what he called (in language offensive to today's readers) "Injuns on the brain." For the rest of his life, he dedicated himself to writing what he had called at the age of 18 "a history of the American forest." In 1846, following the completion of his studies at Harvard College, he set out in company with a cousin on an expedition from St. Louis over the Oregon Trail to Fort Laramie, Wyoming, a journey that brought him into close contact with the Lakota Indians. Back in Boston, he turned the journal that he had kept on the trail into a series of sketches that were published in the Knickerbocker Magazine and afterwards as a book, The California and Oregon Trail, Being Sketches of Prairie and Rocky Mountain Life (1849), now better known by the abbreviated title of a later revised edition, The Oregon Trail. By this time, Parkman had well underway the historical work that would occupy him during the rest of his life, an account of the French and English in North America, the first installment of which was his History of the Conspiracy of Pontiac and the War of the North American Tribes against the English Colonies, published in 1851. 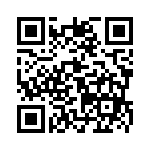