A simple rhyme that is just beautiful. The illustrations are a perfect match. This book showcases two languages, English and plains Cree. I have no idea how to pronounce any of the Cree words, but it looks like a beautiful language I would love to learn. Read full review

Richard Van Camp's poems, short stories and novellas have been published in anthologies and journals since 1992. Three of his short stories from Angel Wing Splash Pattern, "Mermaids", "Sky Burial" and "The Night Charles Bukowski Died" have been narrated by Cree actor Ben Cardinal and broadcast nationally as radio dramas on CBC. Richard wrote for CBC's North of 60 television show for two months under their Writer Internship Program and was a script and cultural consultant with them for four seasons. He recently cowrote the short movie "The Promise" with Kent Williams and Jason Alexander of Neohaus Filmworks. Richard is the author of two children's books with the Cree artist, George Littlechild, A Man Called Raven and What's the Most Beautiful Thing You Know About Horses?, with Children's Book Press, a novel, The Lesser Blessed, and a collection of his finest short stories, Angel Wing Splash Pattern with Kegedonce Press, and a bestselling board book Welcome Song for Baby. 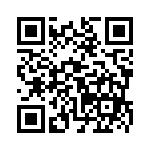