Joseph A. Schumpeter (1883-1950) was professor of economics at the University of Graz and at Bonn. He also served as Austrian minister of finance. He later moved to the United States where he taught at Harvard University until his death. His works include Business Cycles, History of Economic Analysis, and Capitalism, Socialism, and Democracy.

John E. Elliott is professor of economics, University of Southern California. He has edited the volumes Economic Issues and Policies and Competing Philosophies in American Political Economies 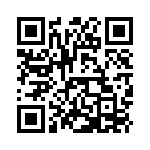