Hard to argue with how good this is, and what an achievement – the work of one man over 20 years, covering as much of the goings on surrounding the assassination as can feasibly be fit in one book ... Read full review

"We're heading into nut country," Kennedy remarked en route to Dallas. I have the same feeling whenever I approach the obsessive conspiracy literature, which invariably ignores the mountains of ... Read full review

Vincent Bugliosi (1934--2015), was the prosecutor of Charles Manson and author of Helter Skelter, Outrage, and other #1 bestselling books. 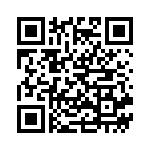