Peter F. Lau is an independent scholar who earned his doctorate in history from Rutgers University. He has taught at Rutgers and the University of Rhode Island. Currently he is teaching history at Lincoln School in Providence, Rhode Island. 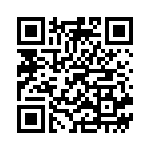