Page 122
Sexual intercourse , the earliest mode of social communion and cooperation ,
was now directed and enriched by mind . Since representations of the male
phallus are sometimes found in the same cave as female forms with open vulvas
— an ...
Page 147
In reconstructing the process of domestication , we would do well to treat the
increased consciousness of sexuality , an ... The first evidence of this deepened
sexual consciousness , as I have already pointed out , may have borne fruit in the
...
Page 339
... 147 Sex organs , paleolithic woman ' s , 121 ; woman ' s , 148 Sexual activity ,
encourage . ment to , 122 Sexual characteristics , woman ' s special , 147 Sexual
intercourse , enrichment of , 122 Sexual symbolism , paleolithic , 20 Sexuality ... 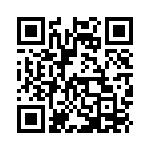