David Knoke (Ph.D., University of Michigan, 1972) is a professor of sociology at the University of Minnesota, where he teaches and does research on diverse social networks, including political, economic, healthcare, intra- and interorganizational, and terrorist & counterterror networks. In addition to many articles and chapters, he has written seven books about networks: Network Analysis (1982, with James Kuklinski), The Organizational State (1985, with Edward Laumann), Political Networks (1990), Comparing Policy Networks (1996, with Franz Pappi, Jeffrey Broadbent, and Yutaka Tsujinaka), Changing Organizations (2001), Social Network Analysis (2008, with Song Yang), and Economic Networks (2012). 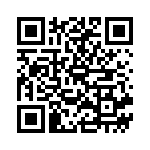