Even now that I've read it I'm not entirely sure what prompted me to pick this up at the library book sale this spring. Probably it was the back-cover text noting that the book was inspired in part by ... Read full review

Sartor Resartvs written and fascimile signed by Thomas Carlyle. The inside pages as shown in the photo have Thomas Carlyle's autograph under a photo and the date that it was signed (1865). The oposite ... Read full review

Thomas Carlyle was a social critic and historian born in Ecclefechan, Dumfriesshire, Scotland, December 4, 1795, the same year as John Keats, but Carlyle is considered an early Victorian rather than a Romantic. After completing his elementary studies, he went to the University of Edinburgh but left in 1814 without a degree. His parents wanted him to become a minister in the Scottish church, but his independence of spirit made such a life program impossible. In 1816 he fell in love with, and was rejected by, a young woman. His love affair was followed by a period of doubt and uncertainty described vividly in Sartor Resartus, a work published in 1833 that attracted much attention. Carlyle's first literary work reveals his admiration for German thought and philosophy, and especially for the two great German poets Schiller and Goethe. The fictional autobiography of a philosopher deeply impressed Ralph Waldo Emerson who brought it back to the United States to be published there. History of the French Revolution (1837), rewritten after parts of it were mistakenly burned as kindling by John Stuart Mill, cemented Carlyle's reputation. The work brought him fame but no great wealth. As a result of his comparative poverty he was induced to give four series of public lectures. Of these the most famous were those On Heroes, Hero-Worship, and the Heroic of History delivered in 1840 and published in 1841. Past and Present (1843), and Latter Day Pamphlets (1850) present his economic and industrial theories. With The Letters and Speeches of Oliver Cromwell (1845), The Life of John Sterling (1851), and History of Frederick II of Prussia, Called Frederick the Great (1858-1865) he returned to biography. In 1865, Carlyle was made Lord Rector of Edinburgh. 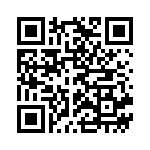