Lubomyr Y. Luciuk is a professor in the Department of Politics and Economics at the Royal Military College of Canada. 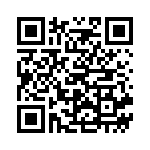