Page 13
Sphene occurs in minor proportions in most of the albitites , however , it reaches
up to 6 % in some ( e.g. sphene albitite dyke ) . Apatite and zircon are common
accessories , normally disseminated in albite as inclusions . Granitic Rocks
These ...
Page 136
Biotite Granite Gneiss The rock consists of albite , quartz , biotite , muscovite ,
perthite , microcline and epidote in variable proportion with minor amounts of
rutile , apatite , sphene and limonite . Modal composition of this rock is given in
Table 8.
Page 164
( These minor bodies have been studied in detail by Ashraf , 1974 ) . A massive
to weakly porphyritic tourmaline granite with albite , microcline , garnet , etc. ,
intruding schists on its western margin , is considered by Shams to be a younger
... 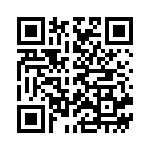