Kleber Del-Claro is a biologist with doctorate in Ecology by State University of Campinas (Unicamp) in Brazil. Since 1992 is a teacher at Federal University of Uberlândia (UFU), where between 2003 and 2007 was the coordinator of the graduate program in Ecology. Kleber is the coordinator of the international cooperation agreement between UFU and the University of Missouri, St. Louis (UMSL), USA. He is a researcher from the Brazilian Council of Research, Science and Technology (CNPq) since 1996. At UFU and other Brazilian universities he was instructor of several master and doctoral thesis in ecology and animal behavior developed in the tropics. His scientific history, books and publications are available in: www.leci.ib.ufu.br. In 2005 he was the president of the “Frontiers in Tropical Biology and Conservation” meeting, settled in Brazil (Uberlândia), the annual meeting of Association for Tropical Biology and Conservation (ATBC) and supported by the Brazilian Society of Ethology (SBEt, now President for the second time). 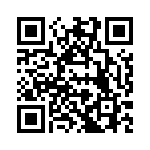