Howard Margolian specializes in the history of the Second World War. From 1990 to 1997, he worked as an investigator for the Crimes against Humanity and War Crimes Section of the Department of Justice of Canada. 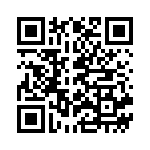