Page 9
In disregarding the historical experience of these movements , they attempt to
abstract certain salient aspects of organized labour movements and construct a
model of how labour is responding to neoliberal restructuring . However , this ...
Page 45
It is important to note , however , that the ideal - typical minimal non -
interventionist state as propagated by neoliberal ideology is something quite
different to the empirical reality of an interventionist state that facilitates neoliberal
restructuring .
Page 110
6 Korean labour and the struggle against neoliberalism The rejection of the First
Tripartite Accord by KCTU delegates in ... had failed , and that the KCTU would
go on to organize a mobilized resistance against neoliberal restructuring . 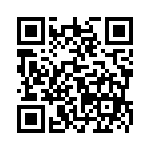