Your search - Identification Questions - did not match any documents.

Try this search over all volumes: Identification Questions

From Slavery to Freedom a history of African Americans actually starts earlier than slavery times beginning with a brief overview of some of the kingdoms and cultures of Africa and a general ... Read full review

Review: From Slavery to Freedom: A History of African Americans

88 other sections not shown

The son of an attorney who practiced before the U.S. Supreme Court, John Hope Franklin was born in Rentiesville, Oklahoma on January 2, 1915. He received a B. A. from Fisk University in 1935 and a master's degree in 1936 and a Ph.D. in 1941 from Harvard University. During his career in education, he taught at a numerous institutions including Brooklyn College, Harvard University, the University of Chicago, and Duke University. He also had teaching stints in Australia, China, and Zimbabwe. He has written numerous scholarly works including The Militant South, 1800-1861 (1956); Reconstruction After the Civil War (1961); The Emancipation Proclamation (1963); and The Color Line: Legacy for the 21st Century (1993). His comprehensive history From Slavery to Freedom: A History of African-Americans (1947) is generally acknowledged to be the basic survey of African American history. He received numerous awards during his lifetime including the Medal of Freedom in 1995 and the John W. Kluge Prize for the Study of Humanities in 2006. He worked with Thurgood Marshall's team of lawyers in their effort to end segregation in the 1954 case Brown v. Board of Education and participated in the 1965 march from Selma to Montgomery, Alabama with Dr. Martin Luther King, Jr. He was president of the American Historical Association, the Organization of American Historians, the Southern Historical Association, and the American Studies Association. He was also a founding member of the Black Academy of Arts and served on the U.S. Commission for UNESCO and the Committee on International Exchange of Scholars. He died of congestive heart failure on March 25, 2009 at the age of 94.

Moss is Associate Professor of History at the University of Maryland in College Park. 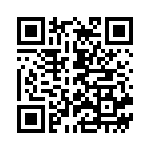