Page 150
But as soon as Edwards had brought to his recollection their having been at Pembroke College together nine - and - forty years ago , he seemed much pleased , asked where he lived , and said he should be glad to see him in Bolt - court .
Page 164
Thus began an acquaintance , which was continued with mutual regard as long as Johnson lived . Talking of a recent seditious delinquent ( 3 ) , he said , “ They should set him in the pillory , that he may be punished in a way that would ...
Page 195
Nay , Sir , Boswell is right ; every man wishes for preferment , and if Boswell had lived in those days , he would have obtained promotion . ' Sir Joshua . How so , Sir ? ' Johnson . • Sir , he would have had a high place in the Dunciad ... 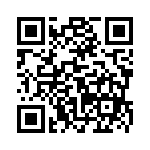