Lady Mary, as Montagu is known, was among the truly independent women of eighteenth-century England. During her lifetime she was much admired as a poet of stylish wit; afterward she was highly regarded as a correspondent of keen observation. While still a young woman, she eloped with Edward Wortley Montagu and, when he was appointed ambassador, accompanied him to Constantinople. On her return to England, she brought with her the vaccine for smallpox (she had meanwhile contracted the disease). She was the leading woman of letters of her day, and, while she quarreled in print with her friends Alexander Pope and Jonathan Swift, she returned their attacks with at least equal force. From 1739 until just before her death in 1762, she left England and her husband for Italy; from Brescia she wrote to her daughter letters so brimming with learning that Voltaire compared them favorably to those of Mme de Sevigne (see Vol. 2).

Anita Desai was born in Mussoorie, India, in 1937 of Indian and German parentage. Her works focus on relationships and family life in India, particularly the problems of women in Indian society. She has written for both adults and children, winning the Winifred Holtby Prize from the Royal Society of Literature for Fire on the Mountain (1977) and the Guardian Prize for Children's Fiction for her novel The Village by the Sea (1982). Among her numerous other honors is a Literary Lion Award from the New York Public Library in 1993. Desai came to America in 1987. She has taught at Mount Holyoke College, Baruch College, and Smithe College. Desai is currently Emeritus John E. Burchard Professor of Humanities at MIT. 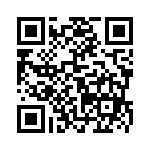