Page xi
Council , were placed in the hands of the Editor and his friend W. Jerdan , Esq . ,
for them to decide on the authenticity and general merit of the Ballad portion of
the volumes . It has been often asserted , that many of the 80 - called ancient ...
Page xv
The reader will pardon this , we fear , tedious statement , but as satisfactorily
accounting for the existence of a variety of copies of one and the same ballad ,
the editor trusts it may not be considered altogether out of place . It may be
thought that ...
Page 42
The editor was present in 1835 at an harvest - home feast at Selborne , in
Hampshire , when he heard the dialogue recited by two country - men , who gave
it with considerable humour , and dramatic effect . It is said in a sort of chant , or ... 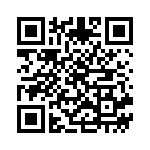