Shelley Fisher Fishkin received her B.A. from Yale College. She earned her M.A. and Ph.D. at Yale University. She taught American Studies and English at the University of Texas from 1985 to 2003, and was Chair of the Department of American Studies. Since 2003 she has been a professor at the English Department of Stanford University. She has been awarded an American Council of Learned Societies Fellowship, was a Fulbright Distinguished Lecturer in Japan and was the winner of a Harry H. Ransom Teaching Excellence Award at the University of Texas. Much of her work is focused on Mark Twain but she has also published works on writers such as Frederick Douglass and Theodore Dreiser. Her research interests have lead her to focus on the influence of African American voices on American literature. Dr. Fishkin is the author, editor or co-editor of over forty books and has published over eighty articles and reviews. Her book Was Huck Black? Mark Twain and African-American Voices was selected as an "Outstanding Academic Book" by Choice in 1993.

Erica Jong was born on March 26, 1942. She received a B.A. from Barnard College and a M.A. in 18th Century English Literature from Columbia University. She also attended Columbia University's graduate writing program where she studied poetry. She has written numerous volumes of poetry, novels, and non-fiction works including Fruits and Vegetables, Fear of Flying, How to Save Your Own Life, Parachutes and Kisses, Sappho's Leap, Seducing the Demon: Writing for My Life, and It Was Eight Years Ago Today (But It Seems Like Eighty). She has received numerous awards including the United Nations Award for Excellence in Literature, Poetry magazine's Bess Hokin Prize, the Deauville Award for Literary Excellence, and the Sigmund Freud Award for Literature.

Leslie A. Fiedler, a literary critic, was a professor of English at the State University of New York, at Buffalo. His well-known preoccupation with social and psychological issues emerged with Love and Death in the American Novel (1960), which became a major critical text of the 1960s. In this book he argued that American writing has been shaped by an inability to portray mature sexual relationships and by an underlying fear of death. Fiedler admonished critics, teachers, and readers of literature to connect text and context-to consider a poem, for example, as the sum of many contexts, including its genre, the other works of the author, the other works of his time, and so forth. Fiedler's notions of moral ambiguity echo Matthew Arnold's focus on art as criticism of life, but with an energy and style peculiar to himself. Fiedler depended greatly on generalizations (usually unexpected), making his critical remarks reflect broader considerations. 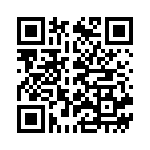