Jim Wong-Chu (1949-2017) was a poet, author, editor, and historian, and the founder of the Asian Canadian Writers' Workshop and Ricepaper magazine. He co-edited numerous anthologies including AlliterAsian: Twenty Years of Ricepaper Magazine and Swallowing Clouds: An Anthology of Chinese-Canadian Poetry. 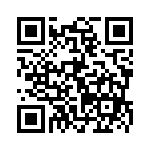