Victor Katz's body of work has been enjoyed for over 15 years, and several of his contributors almost as long. This book began and ended with practical Egyptian mathematics, omitting validated abstract Egyptian arithmetic facts.
Imhausen's review of the mathematical texts mentioned algorithmic aspects of certain calculations. Middle Kingdom scribes used an Old Kingdom doubling method to prove the arithmetic accuracy of many answers. At other times, scribes wrote in personalized shorthand styles, skipping over initial and intermediate steps, jumping to answers, leaving readers with many questions. To accurately parse each problem as the ancient scribes thought and calculated, missing initial and intermediate steps are required to be teased from hard-to-read raw data.
Despite being unobserved by 20th century scholars abstract arithmetic was used in the 1800 BCE Akhmim Wooden Tablet (AWT) as reported on Wikipedia
http://en.wikipedia.org/wiki/Akhmim_wooden_tablet
and journal articles that mention ancient theoretical building blocks. The ancient theoretical building blocks, against which muddled 20th century practical metrology information is increasingly measured, are being parsed by 21st century scholars that revisit transliterated hieratic data bases.
For example, a hekat unity was abstractly divided into binary quotients and scaled remainders. The AWT set of theoretical facts was not mentioned in Katz's book. One side of the hekat unity division method was proven by Hana Vymazalova, a Charles U. grad student in 2001 as (64/64). The method divided (64/64) by 3, 7, 10, 11 and 13 (facts that were not confirmed by Vymazalova). Vymazalova corrected Georges Daressy's 1906 garbled analysis of the 11 and 13 proof aspects of the text. By 2006 Ganita Bharati (Vol 28), David Pingree Memorial Volume, Bulletin of the Indian Society for the History of Mathematics, showed that:
(64/64)/n = Q/64 + (5R/n)*ro
was Q a binary quotient, and R a remainder scaled by 5/5 to a 1/320 hekat unit. Divisor n was limited to the range 1/64 < n < 64, a set of facts that are discussed in a meta context by:
http://ahmespapyrus.blogspot.com/2009/01/ahmes-papyrus-new-and-old.html
and several Wikipedia and Planetmath encyclopedia entries that discuss the EMLR, Kahun Paprus, Moscow Mathematical Papyrus, Berlin Papyrus and the Rhind Mathematical Papyrus and broader theoretical and practical applications.
I look forward to updates of the raw hieratic data as discussed by 21st century interdisciplinary teams, directed by a July 2009 conference co-chaired by Annette Imhausen and Tanja Pemmerening, announced on EEF by:
http://mathforum.org/kb/message.jspa?messageID=6666541&tstart=0
Drs. Imhausen and Pemmerening are beginning the delayed correction process of re-reading and re-translating under valued aspects of the hieratic texts, and leading others to complete important projects, a point that Katz will be covering in future meta mathematics based books.
A new interdisciplinary standard is rescuing the Egyptian hieratic texts from well intended, but muddled 20th century publications.
Concerning the Mesopotamian, Indian, Chinese and Islamic meta math chapters, all ,were enjoyed, with no major omissions or understatements. Overall, Katz's book is excellent, though only 3-stars can be recommended. I look forward to future ancient meta math books, pointing out shared ancient math connections, that demand 5-star recommendations.
Milo Gardner
Sacramento, Calif.

Victor J. Katz is professor emeritus of mathematics at the University of the District of Columbia. His many books include the textbook, A History of Mathematics: An Introduction, 2nd ed. (Addison-Wesley). He is the coeditor of Historical Modules for the Teaching and Learning of Mathematics. 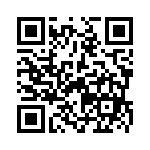