2 pages matching Wishwater in this book

Salman Rushdie was born in India, raised in Pakistan, and educated in England, where he now lives. His Rabelaisian skill for telling stories teeming with fantasy and history, and the virtuosity of his style, with its sly transliterations of Indo-English idioms, won him a delighted audience with the publication of Midnight's Children in 1980. However, it was the urgency with which he returned to the lands of his birth and childhood to write of a world where politics and the individual are inseparably connected that won him wide acclaim as a brilliant new novelist and intellectual. He manages to stand both inside and outside the world of developing nations and tell their stories. His fantastical retelling of the story of Islam set in a London peopled by immigrants from around the world, The Satanic Verses (1988), is his last full-length novel: its publication raised the anger of Muslims in Britain, South Asia, and the Middle East who asked that the novel be banned. In February 1989, Iran's Ayatollah Khomeini decreed a fatwa pronouncing the death sentence on him, and Rushdie has since lived in hiding. Subsequently, he offered several published explanations and apologies to Muslims (collected in Imaginary Homelands, 1991), and he also wrote a children's story, Haroun and the Sea of Stories (1990). In 2006, Rushdie joined the Emory University faculty as Distinguished Writer in Residence for one month a year for the next five years. Rushdie was awarded a knighthood for services to literature in the Queen's Birthday Honours on 16 June, 2007. 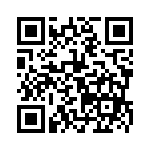