Matt Braun was born in Oklahoma in 1932. He is a fouth-generation rancher Recipient of the Western Writers of America Golden Spur Award and the Cowboy Spirit Award. appointment by the Governor of Oklahoma as a Territorial Marshal. inducted into the Cowboy Hall of Fame in 1999. His 1973 Black Fox, was made into a CBS miniseries. His works include Windward West, Wyatt Earp, You Know My Name, and Matt Braun's Western Cooking. 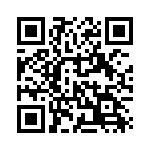