William J. Webb is an adjunct professor of New Testament and biblical studies at Tyndale Seminary in Toronto, Ontario. He is the author of Slaves, Women and Homosexuals and Corporal Punishment in the Bible.

Gordon K. Oeste is adjunct professor of Old Testament at Tyndale Seminary in Toronto and teaching pastor at Cedar Creek Community Church, Cambridge, Ontario. He is the author of Legitimacy, Illegitimacy, and the Right to Rule. 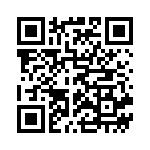