Page 21
PAKENHAM , for the Government , but Lord HALL , for the Governthat it “ would
wreck the Bill . " ment , declared that the people's Thursday , June 30th Nobody (
including Lord P. ) seemed mandate had been given , and hinted Mr. GEORGE ...
Page 533
But the Lord SWINTON , sitting opposite , scheme was approved by the House
showed clear signs of rage , and the by ... the House he retorted sharply to Lord
Wednesday , November 2nd ADDISON's remarks and to Mr. The House of Lords
...
Page 649
But Lord CALVERLEY about A Streetcar the method of publishing the dissent ,
when , at the end of Questions , Mr. Named Desire led to cries of and Mr.
HENDERSON , whose part ATTLEE calmly brushed aside rules “ Order ! ” and a
final bark ... 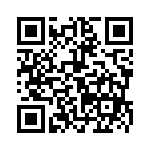