This is a journey for Mr Gibson after having a dramatic event in his life. It was nice to see how this played out as we traveled along. Having had this myself I was wondering how he coped. The poetry was unusual but hard for me to understand. I enjoyed reading about this very personal journey. Read full review

This journal is like no other! The poetry brings something extra to the ability to know the writers true feelings and thoughts. The emotional journey a person can go through after a traumatic event is ... Read full review

David Gibson is an executive director of a community health centre and has worked in the field for over twenty years. He is an alumnus of Brock University and Carleton University.  Whenever possible he enjoys being at the lake with family and friends. 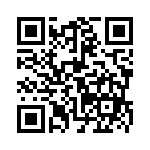