This took a while to build on me but it definitely has Gibson's signature world building weirdness. Not as prophetic as neuromancer but it still has that same cyberpunk noir setting I love. In a world not unlike our own in the not at all future. Looking forward to reading more. Read full review

I haven't read a lot of William Gibson's non-cyberpunk books, so I was expecting this story to take a turn towards the Sci-Fi for about a third of this volume. Instead, it remained a modern-day ... Read full review

William Gibson was born on March 17, 1948 in Conway, South Carolina. He dropped out of high school and moved to Canada, where he eventually graduated from the University of British Columbia in 1977. He is the author of Mona Lisa Overdrive, The Peripheral, and Neuromancer, which won the Phillip K. Dick Award, the Hugo Award, and the Nebula Award. He also wrote the screenplay for the film Johnny Mnemonic. 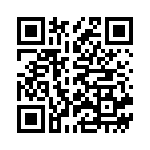