Page 87
... Mr. Carnegie organized a music hall company , not as a philanthropic
enterprise , but as a business undertaking in which he was the chief stockholder .
From this came Carnegie Hall , known throughout the world to musicians and
music ...
Page 90
The address Skibo Castle became fully as well known , if not better known , than
his New York address , 2 East Ninety - first Street . CARNEGIE CENTENARY , the
One Hundredth Anniversary of the Birth of Andrew Carnegie , was celebrated ...
Page 95
These are known as visiting Carnegie professors , lecturers , or visitors . Likewise
known as Carnegie visitors are persons engaged in educational or other public
service in British Africa , Australia , New Zealand , or the West Indies , who have ... 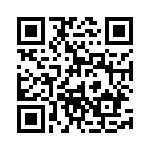