Page 346
Names referring to the place of delivery are also common, e.g., Hákumujée (“
Húku woman”) for a baby born in a horticultural camp at a place called Húku,
Apási (“on the path”) for one delivered in the forest as the mother was on her way
to her ...
Page 350
Similarly, people teased the teenage son of a local woman, named Adjáa by his
father from the Lower River, for having a name unknown in Upper River villages,
and suggested the names Koisitá (his mother's mother's brother), Potis, and ...
Page 351
A five-year-old girl was known as Móina, her gain né; Poi, an everyday nickname
used freely by almost anyone; Pikí Béki (“little Béki”), because she was the only
daughter of a woman named Béki; and Amafumujée (“Amafú's woman”), after a ... 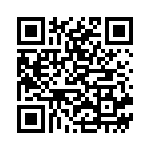