Page 173
General Bór claimed in his book Secret Army in 1951 , and again in an interview
three years later , that “ Wacław , " one of several pseudonyms used by Henryk
Woliński , had been sent by Rowecki in July 1942 to establish contacts with ...
Page 218
Since no reply from Rokossovsky came to Bór ' s appeal of September 28 , the
Polish commander , probably anticipating another bloody debacle in Zoliborz that
had occurred earlier to the Czerniaków defenders who awaited Soviet help ...
Page 242
Krakowski , War of the Doomed , 91 ; Bór , Secret Army , 170 . 69 . Ainsztein ,
Jewish Resistance in Nazi - Occupied Europe , 420 ; interview with Korboński , 7
June 1982 . 70 . Ainsztein , Jewish Resistance in Nazi - Occupied Europe , 305 . 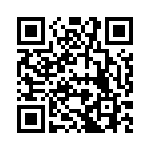