Unbelievable resource on women and media culture. Fantastic chapters that each tap into historical and monumental texts and literature as well as very recent tv programming. Very useful, organized and easy to follow. 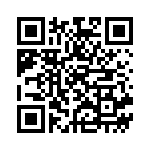