This is a great introduction to Korean cooking! The comic book format provides plenty of illustrations and breaks down each recipe into easy steps. There's also cultural background and an explanation ... Read full review

I just began my Christmas shopping. I love to read anything - books, comics, graphic novels. I have a huge collection of books. My collection as well as my mother's. My collection is varied; my mother ... Read full review

Born in Seoul, Korea, Robin Ha grew up reading and drawing comics. At fourteen she moved to the United States. After graduating from the Rhode Island School of Design with a BFA in illustration, she moved to New York City and started a career in the fashion industry. Her work has been published in independent comics anthologies including Secret Identities and The Strumpet, as well as in the pages of Marvel Comics and Heavy Metal Magazine. Her blog Banchan in 2 Pages features Korean recipe comics. She currently resides in Falls Church, Virginia. 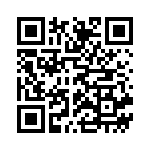