Kevin Makins (MDiv, Heritage Seminary) is the founding pastor of Eucharist Church in downtown Hamilton, Ontario, in Canada, which has been recognized as one of the most creative and innovative churches in the country and spotlighted on national television and radio outlets, in newspapers, and on podcasts. A frequent speaker at conferences and churches, Kevin also performs one-man shows in bars and makes videos for thousands on YouTube. His audience includes the faithful and the skeptical, those hungry to learn, and those who just want to hear a good story. He lives in an old house downtown with his wife, kids, and housemates. 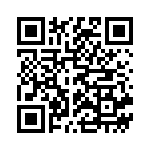