Perhaps Woo's best film; certainly the best of the early ones. The opening scene as Chow-Yun-Fat carries out an assassination and makes his escape, pulling out weapons he has hidden along the route ... Read full review 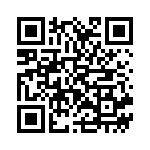