Salman Rushdie is the author of seventeen books, including Shame, The Satanic Verses and Midnight’s Children, which was named the “Booker of Bookers,” the best novel to have won the Booker Prize for fiction in the award’s history. Among his many literary honors are the Prix du Meilleur Livre Étranger, the Whitbread Prize, the European Union’s Aristeion Prize for Literature, and a 2007 Knighthood for services to literature. 2012 marked the international publication of Joseph Anton , his memoir of more than nine years spent in hiding due to the fatwa issued against him by the Ayatollah Khomeini. 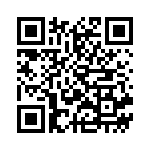