Page 11
Their thing " was an attempt by the Panthers to politicize the Blackstone Rangers
, described by the Chicago office of the FBI as a group “ to whom violent type
activity , shooting , and the like , are second nature . ” The purpose of the letter
was ...
Page 12
William Frapolly , who surfaced as a government informer in the Chicago Eight
conspiracy trial , an active member of student and off - campus peace groups in
Chicago , “ during an antiwar rally at his college , . . . grabbed the microphone
from ...
Page
Harry Kelly , “ FBI spurred gang fight in Chicago , Senate says , ” Chicago
Tribune , November 20 , 1975 . The head of the FBI Chicago field office at the
time that the letter was sent testified in federal court that its purpose was entirely ... 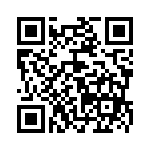