This is a long and very thorough exploration of desegregation and white flight in Atlanta and the suburbs during the post-war years. Kruse writes with great clarity, which is particularly impressive ... Read full review

A deep dive into the politics of the struggle between integration and segregation in Atlanta, primarily focusing on the postwar period until the late 1960s, as a means of documenting the development ... Read full review 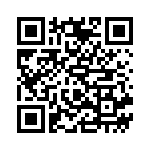